Headlines read: “The End of Roe, the End of Times,” “They’re Coming for Same-Sex Marriage Next!” or “Next is Same Sex Marriage, Then Interracial Marriage!”. All rightly deserve attention, but what about Tribal Sovereignty and the Indian Child Welfare Act, known as ICWA?

In 2019, about 26% of American Indian children were in the Minnesota foster care system. They are overrepresented at 15 times the rate of non-Native children. I will share with you below how ICWA and Tribal Sovereignty are under attack and how you can use your voice to help protect our rights as Native Americans.

ICWA is a straightforward yet complex federal law that was passed in 1978 to keep “Indian children with Indian families.” It was established to address the atrocities American Indian families faced for centuries, you know – Kill the Indian, Save the man – and to preserve cultural identity and prevent further decline of cultural knowledge and practices.

ICWA is considered a “gold standard of child welfare policy.” Its use is a best practice and has even been codified into state and federal law for non-native populations. One could then question, if it’s the gold standard, why are states and private parties trying to reverse ICWA?

The biggest arguments against ICWA are based on its constitutionality. One view believes that ICWA is racist towards non-Natives, and the other wants states to have control over Tribal governments, further removing Tribal Sovereignty.

Over the summer, we have seen disorder and chaos with SCOTUS, making you wonder what could be next. What about Tribal Sovereignty and its impact on legal challenges to ICWA?

Tribal Sovereignty is a seemingly straightforward concept – Tribes have an inherent governmental authority over themselves, which was granted to them in exchange for millions upon millions of acres of land over the last couple of centuries. And at the end of the day, Tribal Sovereignty honors and preserves a Tribe’s cultural identity and right to govern itself.

Tribal Sovereignty is under scrutiny, once again, with the recent ruling in Oklahoma v. Castro-Huerta. This explanation could get messy, so here it is simplified.

And voting, what about voting? So many of our community members are disenfranchised – They believe their vote doesn’t matter; they vote for someone, to vote for someone, who then votes for someone and something else. It’s not representative of the people.

I can sit here and tell you all about voter turnout and the importance of voting, and its impact on democracy. But I won’t do that. Because it’s not even just about democracy at this point. It’s about protecting and preserving our rights as American Indians, protecting our diverse and beautiful cultures, languages, family structures, and so much more.

Our community needs you to vote in the upcoming elections.

We won’t tell you who to vote for, but we can help you register to vote, answer any questions on the voting process, help you find polling locations, explain how voting by mail works, and even find information on all the candidates in your area. Your vote matters! 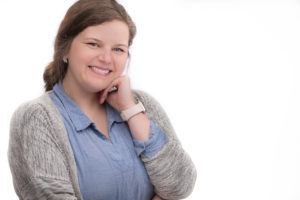 “If opponents of ICWA succeed, this not only impacts ICWA itself, but Federal Indian Law as a whole. Overturning ICWA would upend Tribal Sovereignty as we know it.”