A personal story on the teachings of: 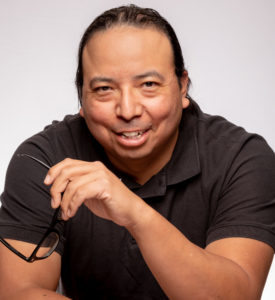 “Victory Day for the Lakota is the acknowledgment of the Battle of Greasy Grass/Little Big Horn. From my teachings growing up, I learned that the Lakota/Dakota and the Cheyenne & Arapaho had just finished up the annual Sundance ceremony. To my knowledge, this was the last major gathering of this nature until the Oil pipeline protests happened on Standing Rock Indian Reservation in 2016-17. During this ceremony, Sitting Bull, whose band happened to be the sponsors of the Sundance, received his vision of the U.S. Cavalry soldiers falling into a camp upside down like grasshoppers. From this vision, it can be gathered that the people were ready for something to happen. And, of course, it did; General George Custer led five companies of the 7th Cavalry to their deaths. There is a lot of research about this event, and I implore you to investigate the events more thoroughly.

I mention this because one of the teachings I had growing up is that the Lakota are one of the only tribal nations to defeat the U.S. Army in a battle on what is now U.S. soil. Because of the victory, we have taken it upon ourselves to be the bearers of the flag because we did win it in battle. So not only do we as Oyate have to uphold our cultural history, but we also have taken up the defending the United States. The U.S. flag belongs to the tribes who participated in this victory.

In June, I grew up celebrating two dates: June 14th Flag Day and June 26th, declared Victory Day by the Oglala Sioux Tribe of Pine Ridge. Flag day and most National holidays the U.S. celebrates, my grandfather Nate Witt, Jr, dedicated his time after he got home from WW2 to honor the flag by putting up flags all along the main street in Pine Ridge, SD. Some of my fondest childhood memories were when we assisted in this process.

One more thing I will mention is that the Cheyenne River Sioux Tribe has the highest percentage of all tribal nations in the U.S. of members who are serving or have served in the armed forces. They also have one of the most respected Veteran color guards in the nation. They were given the honor of keeping one of the flags that flew over the World Trade Centers during the 9/11 terrorist attacks. They bring the flag out to the public on special occasions; the honor was bestowed upon them because of the history I have outlined. The U.S. and Oceti Sakowin Oyate have a long-troubled history; it is good that a common goal of honor can be shared.”

Click to learn more information about the rate of Native Americans serving in the Armed Forces groups.